Lunch at The Bluecoat Bistro...

The Bluecoat in Liverpool is such a great place to spend a couple of hours in the city; it is a centre for contemporary arts which is housed in one of the oldest buildings in Liverpool which dates from the early 18th century. I often go to the downstairs café bar for a coffee and I have been meaning to try The Bistro for quite some time, so I was pleased to have an invitation to review it this week. The Bistro has recently introduced a new menu, which offers a wealth of seasonal choices, making it the perfect place for lunch in the city. 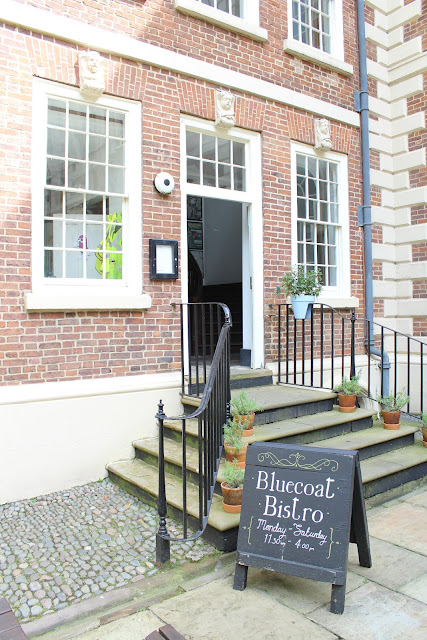 The architecture of The Bluecoat is impressive, it has an imposing grandeur which is immediately striking. The Bistro is reached by a wooden staircase, flanked by a wall filled with colourful prints which create an air of cheery style. 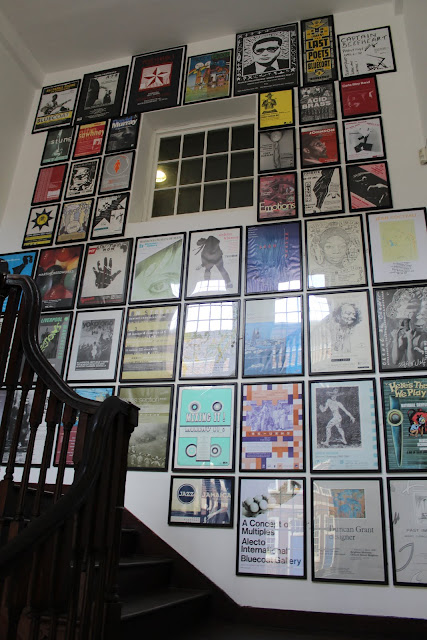 The Bistro space is bright and airy, with a long bar area, windows overlooking the courtyard and tables adorned with freshly cut flowers. 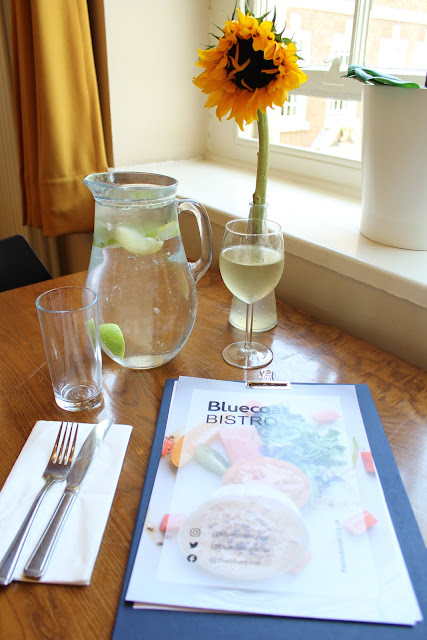 I opted for a classic starter of fried calamari with lemon mayo and chorizo oil, which was served in a generous portion. The light, golden batter was delicately seasoned and the zesty lemon mayo perfectly complemented the succulent calamari. 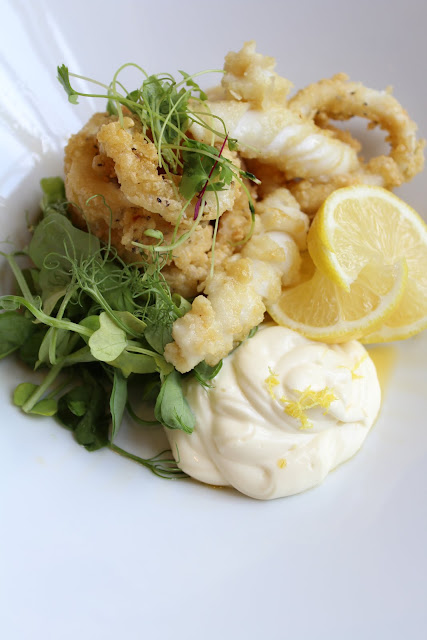 I sipped a glass of white wine as I watched the world go by outside; the team frequently came over to chat and they were so friendly and attentive. For the main course, I was undecided between delectable options such as linguine of butternut squash, risotto of smoked haddock and soft shell crab burger with spicy mayo and sweet potato fries. It was a sunny afternoon, so I decided on a light dish to reflect the weather, the frittata of summer greens with yoghurt and mint. The frittata was springy and tasty, served with a tempting array of green vegetables including tenderstem broccoli and asparagus, while the mint yoghurt added refreshing flavour which offset the frittata well. 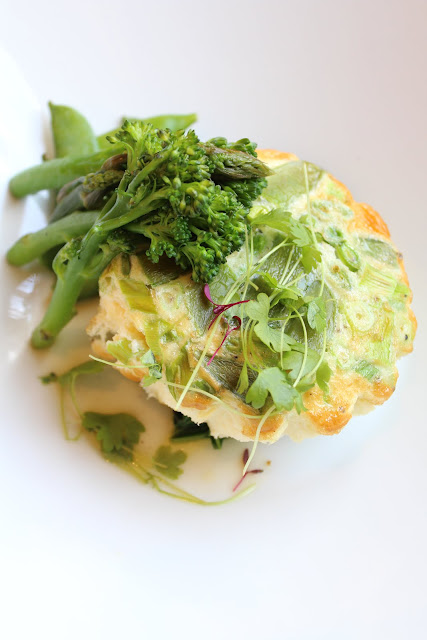 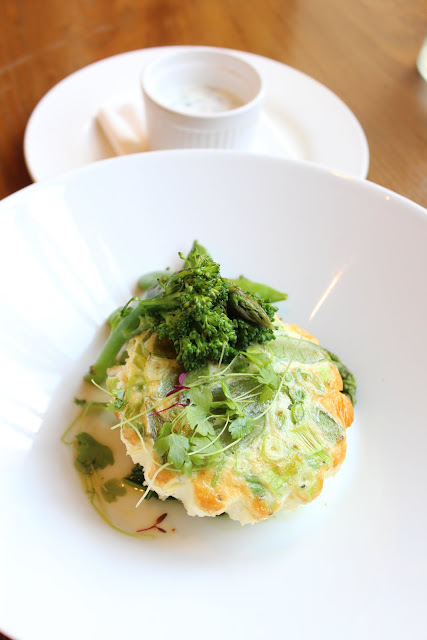 I did not have quite enough room left for dessert, but I was sorry to miss out on such delights as individual raspberry trifle, caramelised apple tart and British cheese plate. Next time I will definitely be sampling the desserts! 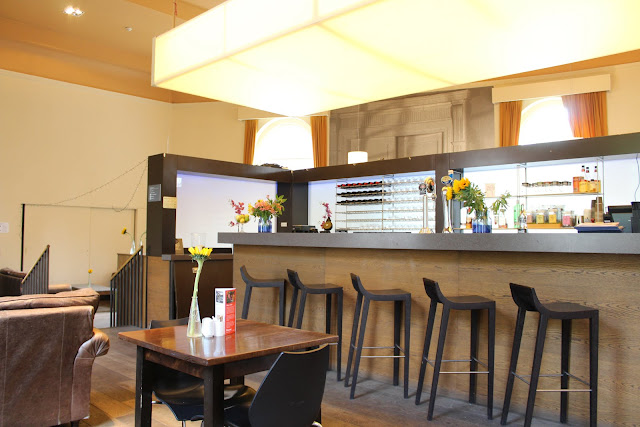 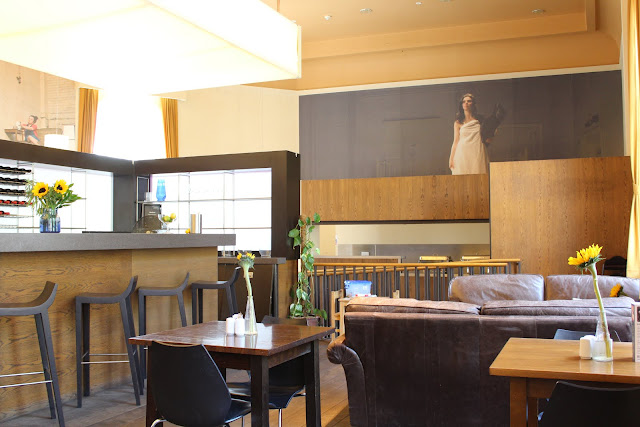 What do you all think, do you like the sound of a Bistro within an art gallery and which of the dishes would you like to try? As always I cannot wait to hear your thoughts and thank you so much for reading this post.