News of a tapas restaurant opening is always something which makes my ears prick up, so I was excited to hear that El Gato Negro was set to open in Manchester. I love the idea of tapas and I think there is no better way to dine during an evening with friends than to gather around a selection of plates heaped with tempting morsels. There is something about this style of meal which always brings people out of their shell and gets the conversation going, as the mix of flavours gives everyone plenty to talk about. 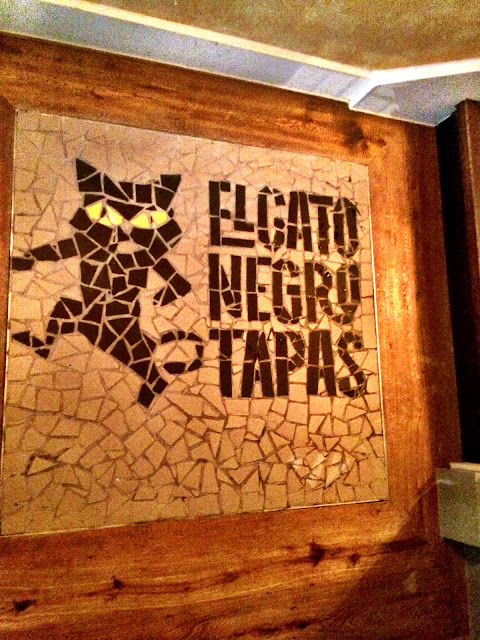 I went along last Thursday to try out El Gato Negro for the first time. I was immediately struck by the warm and welcoming ambience, with a low lit sweeping downstairs charcuterie counter and bar with stained glass, tiled details, industrial style suspended lighting, exposed brickwork and open shelves brimming with wine.We sampled an array of goodies such as Padrón peppers with Maldon sea salt, mini cheese toasties and succulent oysters as we sipped cava and cocktails with an inventive twist including some with a halloumi garnish inspired by those served in Brazil as the sun is beginning to set. 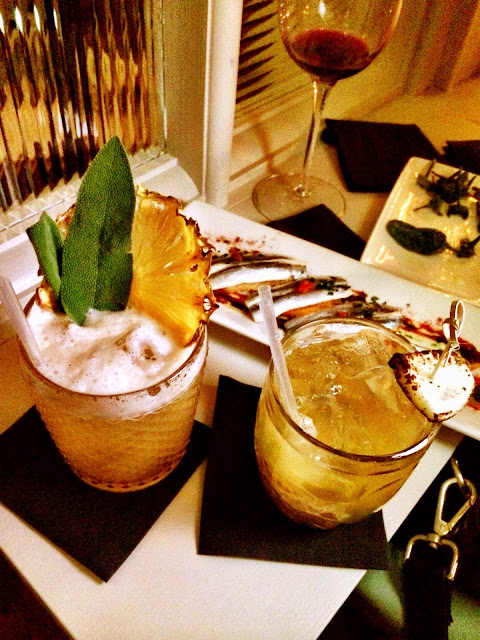 El Gato Negro Chef Patron and Creative Director Simon Shaw gave a rousing speech about how much the project means to him and what a journey it has been. He creates dishes from seasonal produce combining Spanish influences with other elements. It was a pleasure to meet him later in the evening, he is a real visionary with a true passion which shows in his dishes. The original El Gato Negro in Ripponden won rave reviews and in 2014 the idea was born to move the concept to a Manchester city centre location. Before long we were whisked upstairs and settled in to a booth flanked by the open kitchen where chefs were hard at work preparing us a feast and amazing aromas filled the air. Crusty bread and oils was served and red wine flowed as we chatted. In no time, the meal began in earnest and our table groaned under the weight of endless goodies as we tucked in to a selection of Spanish meats. The tantalising tidbits just kept on appearing and we were spoiled for choice with so much to try. 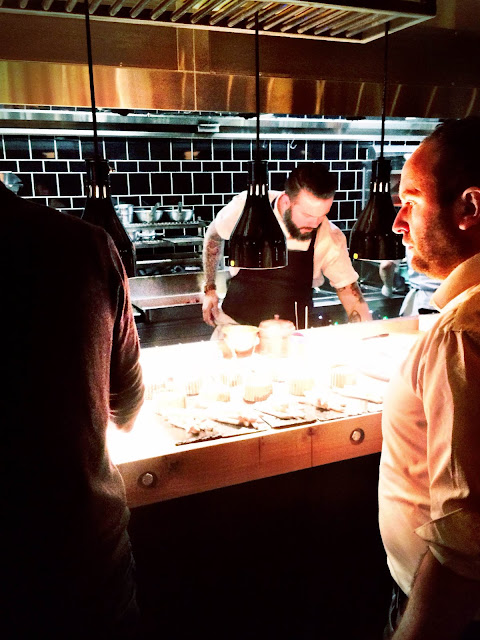 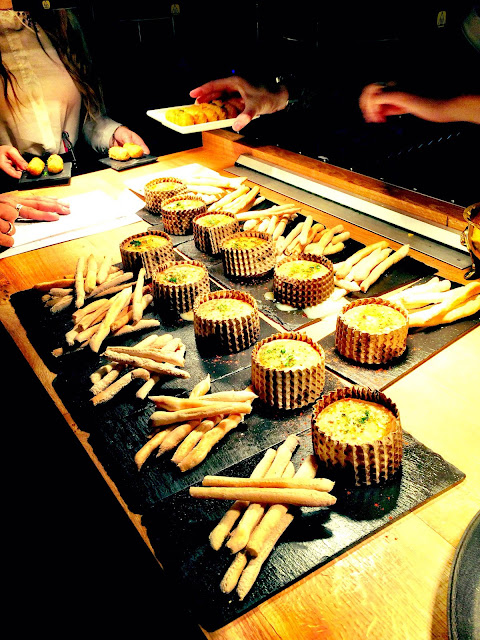 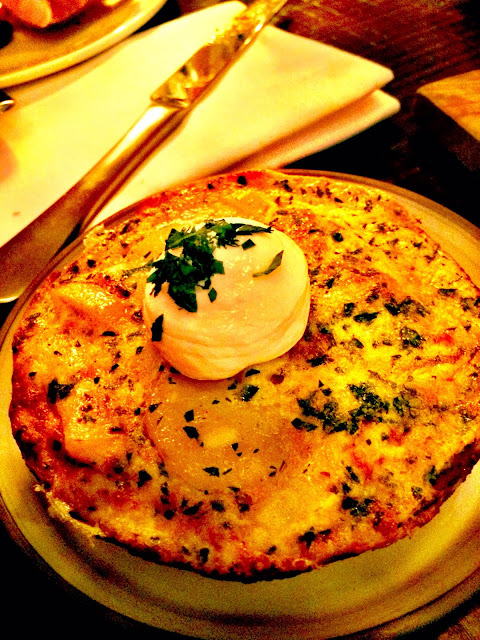 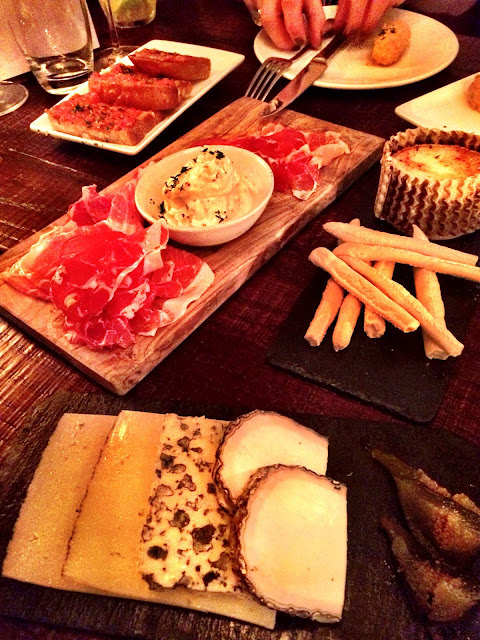 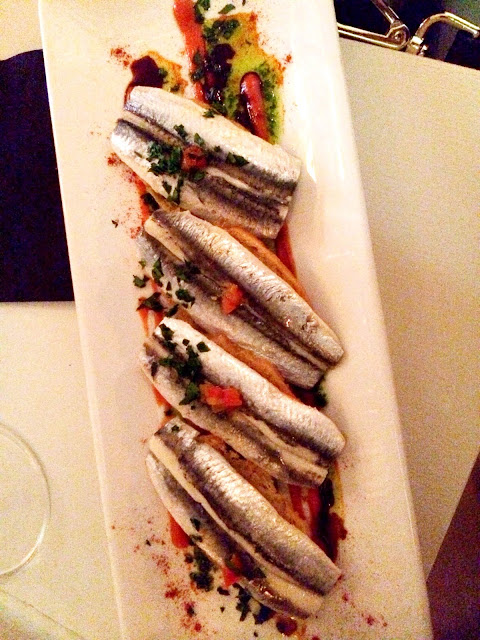 The boquerones were really something with a salty tang which paired well with the selection of drinks on offer. 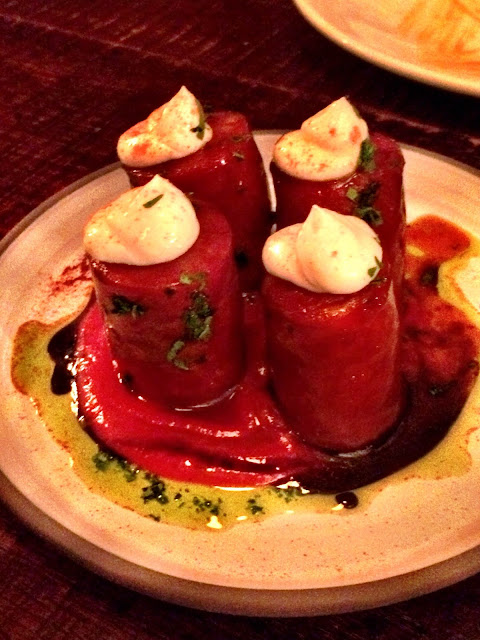 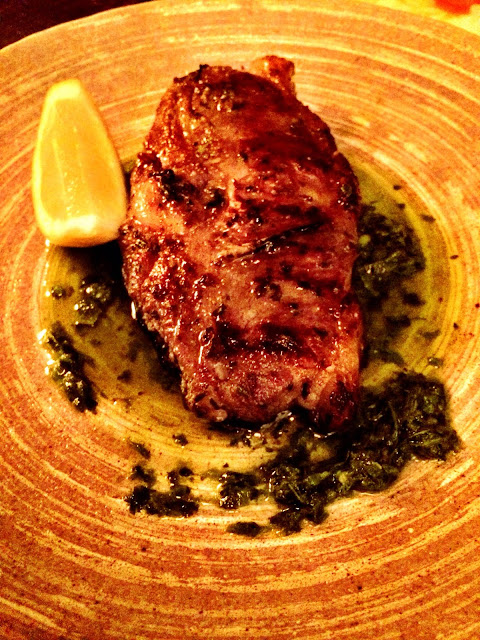 The lamb steak was tender and juicy whilst the pork belly with beans was so succulent with heaps of flavour. 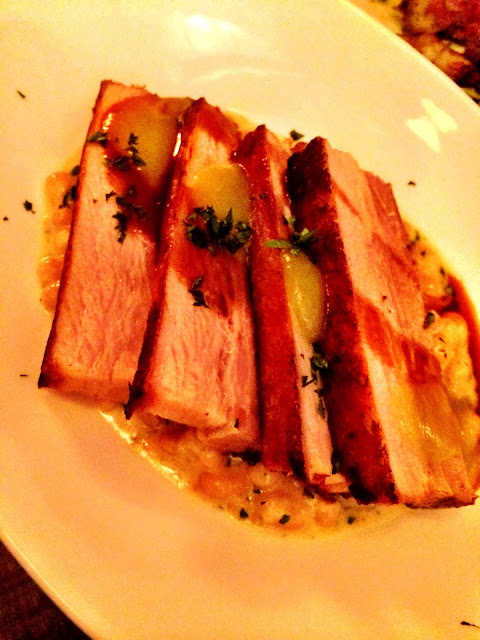 Mammoth prawns were served on a bed of fluffy rice, they were sweet and tender with a really Mediterranean flavour. 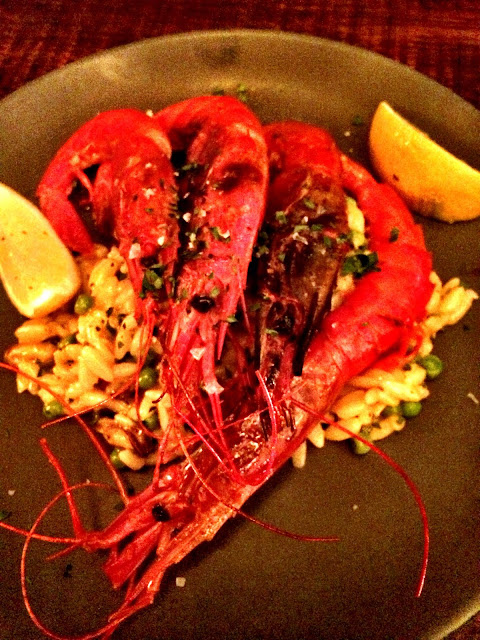 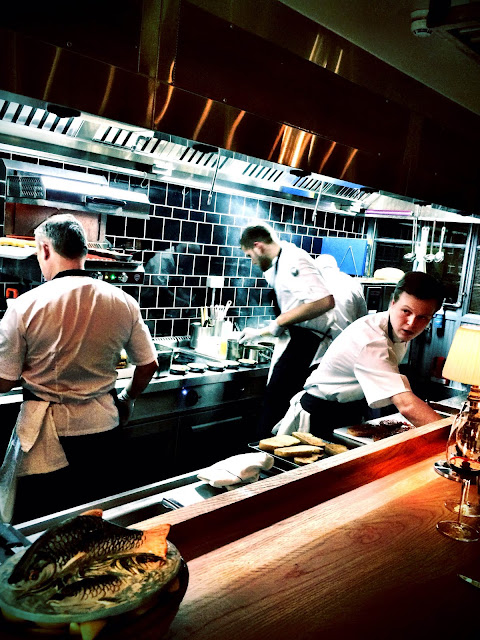 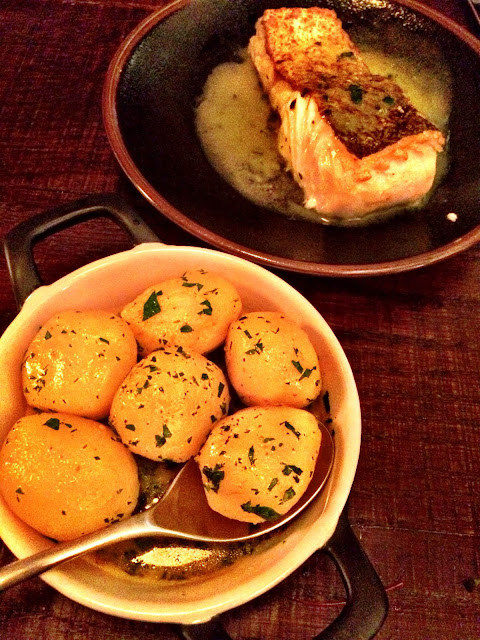 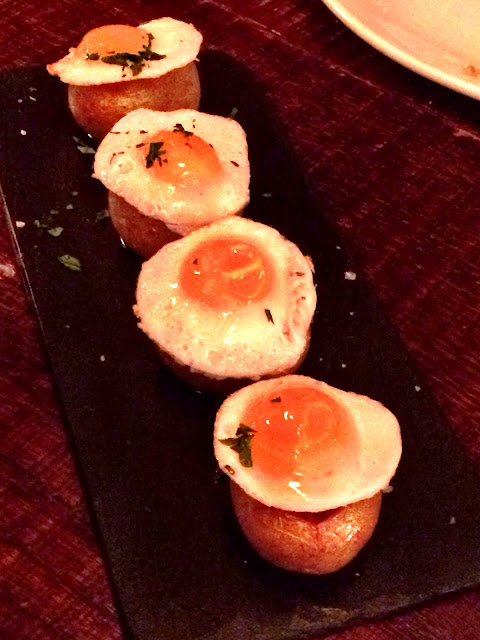 Later a selection of indulgent desserts rounded off the incredible meal including crème Catalan, doughnuts with rich chocolate sauce, chocolate pot and a creamy cheesecake with dulce de lèche served with a divine syrupy dessert wine. 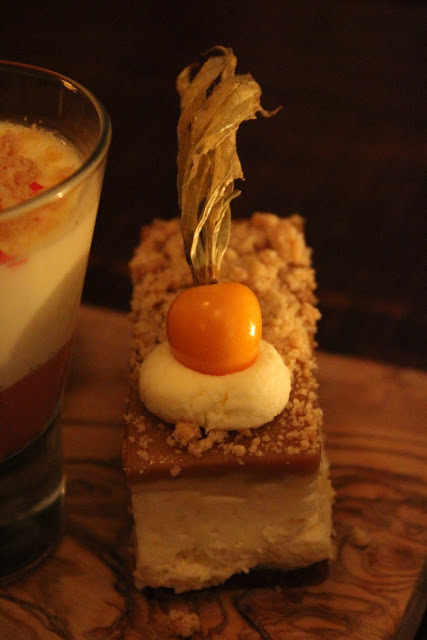 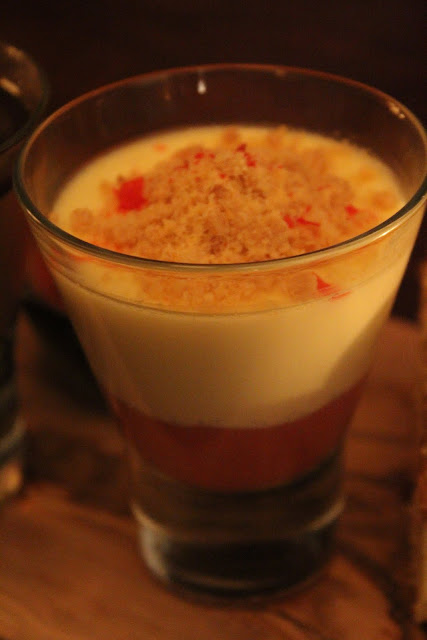 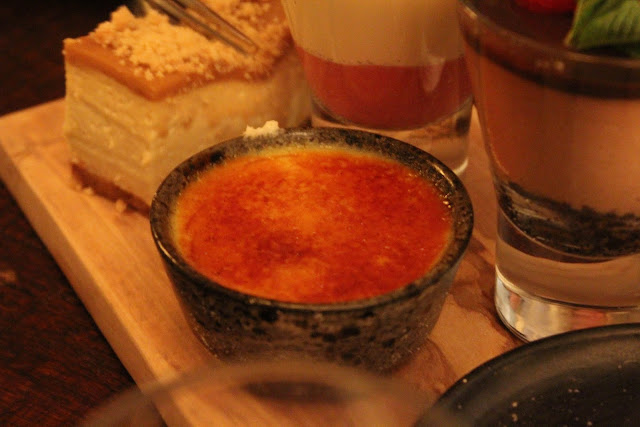 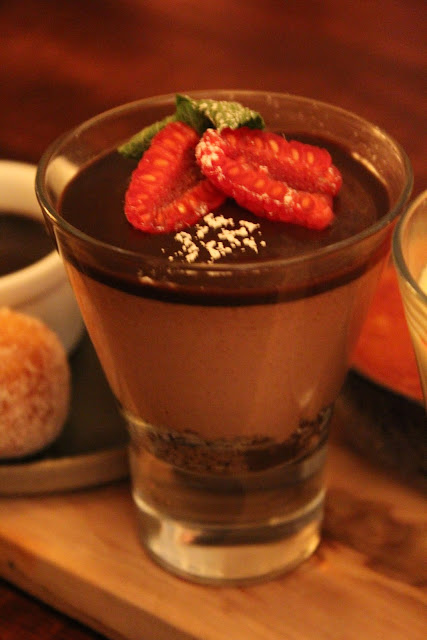 As if all of that was not enough, we were then invited upstairs to The Black Cat bar to enjoy a selection of cocktails created by the lovely beverage manager Garry Foy. The bar has a retractable roof making it ideal for the sometimes unpredictable local weather! We had an amazing evening at El Gato Negro and we were taken on a true gastronomic odyssey through some of the signature dishes on the menu. Our glasses were never left empty for long and neither were our plates! I had a great time chatting to some lovely people. I wish everyone at El Gato Negro many congratulations and all the best for the future, I can see that this will become a firm favourite on the Manchester dining scene and deservedly so. 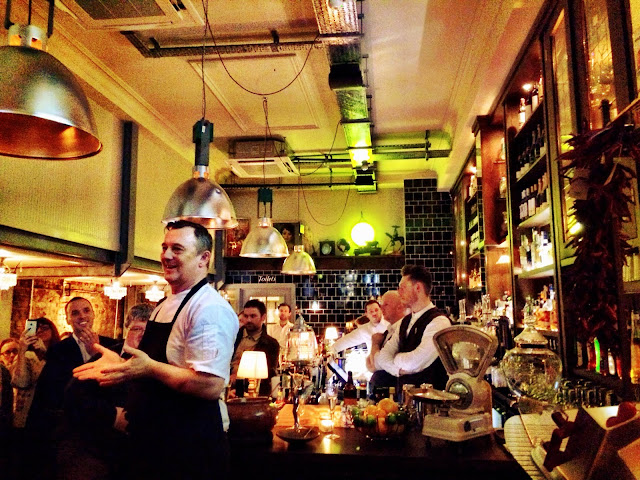 What do you all think, do you like tapas and which of these dishes would you sample first? As always I cannot wait to hear your thoughts and thank you so much for reading this post!