Dinner at The Refinery Liverpool...

Word of a new restaurant opening is something which always puts a smile on my face, so I was eager to check out The Refinery which is a social eating house and bar which has recently opened on Hope Street in Liverpool. The spacious venue has a sweeping bar area which gives way to a light and bright eating space and kitchen beyond. High ceilings, feature rope lighting, Moroccan style floor tiles and large windows contribute to a welcoming aesthetic.
We tucked in to an artisan bread selection with olive oil and aged balsamic as we settled in and had a thorough look at the menu which comprises small plates ideal to share as well as larger plates. 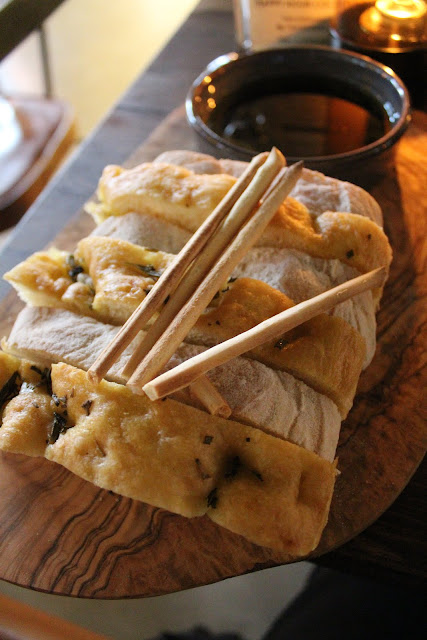 A major plus point to The Refinery is that brunch is served from 8am until 3pm daily, which means that you can still enjoy going out for brunch even if you have not had an early start. This for me is a major draw, as I love to sleep in on the weekend yet I still like to go out to brunch when possible!
I settled on cask ale battered fish and hand cut chips served with mushy peas and tartare sauce and we ordered a bottle of chilled prosecco as well as a Brewdog beer for my dining companion. 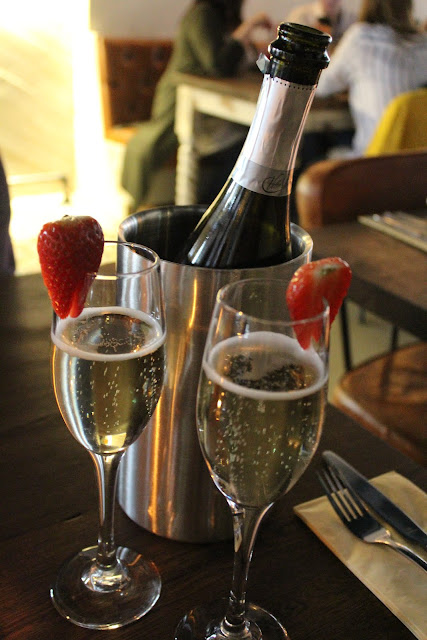 I just love fish and chips and I found the presentation of this dish so pleasing to the eye, served on an oblong plate with fresh lemon and little dishes containing the mushy peas and tartare sauce. 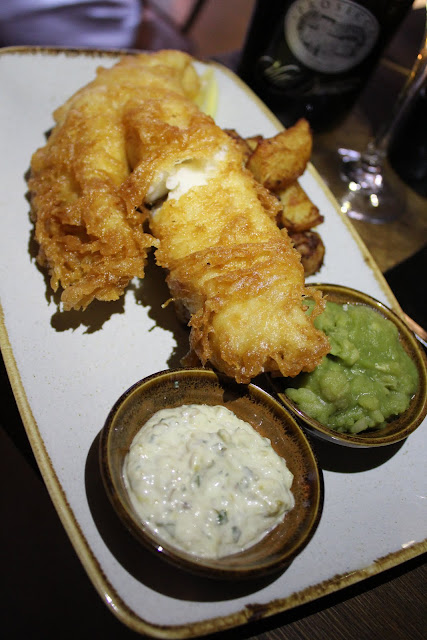 The cask ale batter was crispy and golden and the fish beneath was white and flaky whilst the hand cut chips were some of the best I have ever eaten. The smooth tartare with a hit of capers and the mushy peas made this the perfect fish supper, plated in a fine dining style. It felt like a real treat, washed down with the Villa Domaziano Prosecco, which had a hint of apple and a soft finish.
My dining companion opted for a board of San Daniele Prosciutto, Iberico chorizo, Tuscan fennel salami, buffalo mozzarella bocconcini, Sardinian pecorino, pickled vegetables, Nocellara olives, caper berries and artisan bread. This generous selection of finely cut meats was well balanced with the bread and cheese, and the pickled vegetables provided a surprisingly spicy tang. There was so much flavour piled on to the board, which would be great to share along with a couple of small plates. 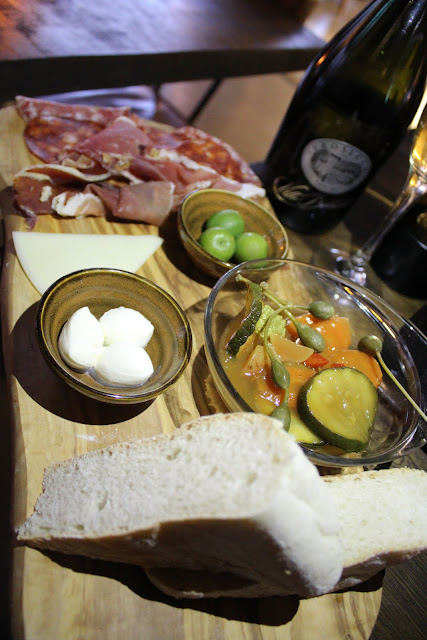 He also enjoyed a side of chunky hand cut chips served with a thick and delicately spiced curried aioli. 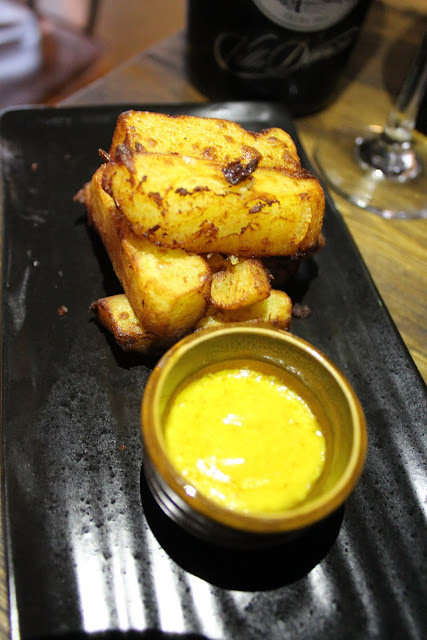 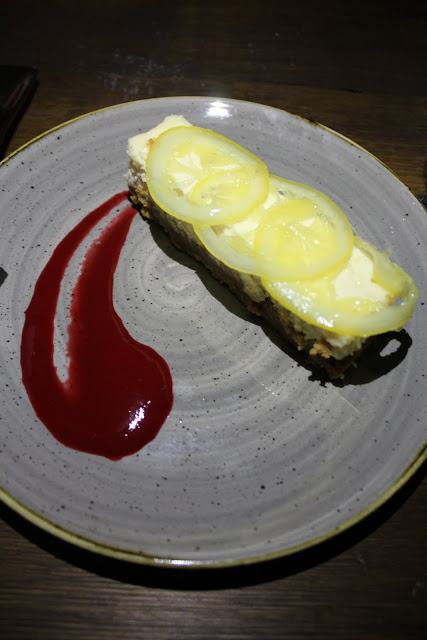 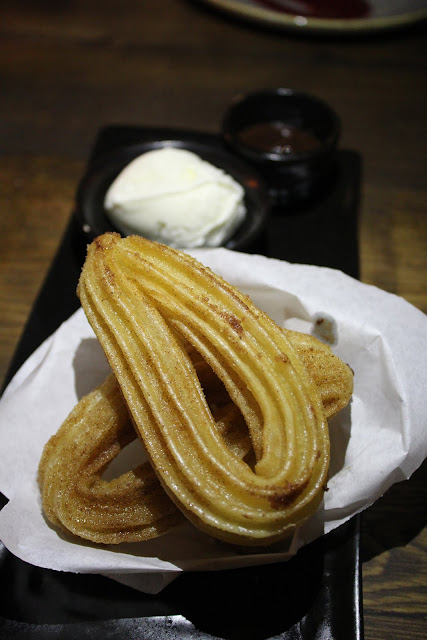 This was the ideal choice of desserts as the hot fluffy churros with chilli chocolate sauce were so indulgent and contrasted perfectly with the zesty flavour of the baked Corsican cheesecake.
My dining companion sipped a double espresso whilst I settled back with the last of the Prosecco, enjoying the vibrant atmosphere of the bustling space. 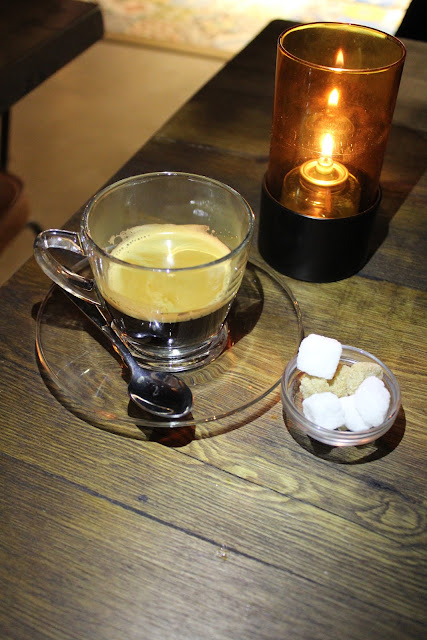 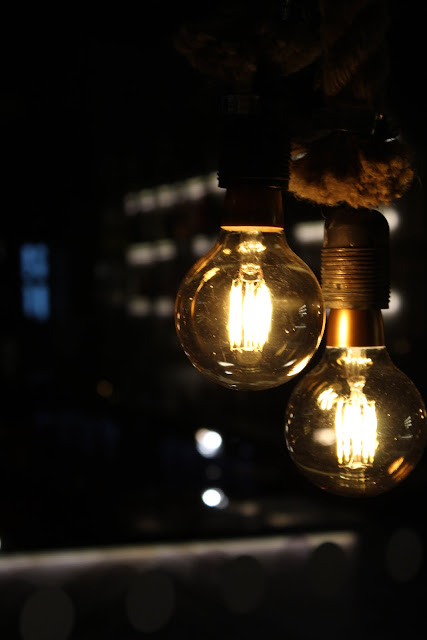 What a relaxing evening, service was top notch throughout and the food was delicious. Our trip to The Refinery was a great way to unwind after a hectic week. I really like the idea of combining a bar and restaurant serving both small and large plates, with the ethos of a sociable venue at the heart of the concept. There is a fashionable feel to the place, with so much to offer on the menu from brunch until late, from Sunday Roasts to Prosecco and small plates. I can see this will become a favourite of mine too, as I often have a working lunch alone with my laptop and I can see this would be just the place for that, with views of city life passing by at any time of day. There are some tempting offers too, such as two cocktails for £9 daily from 5pm until 6.30pm as well as lunchtime and pre-theatre offers. 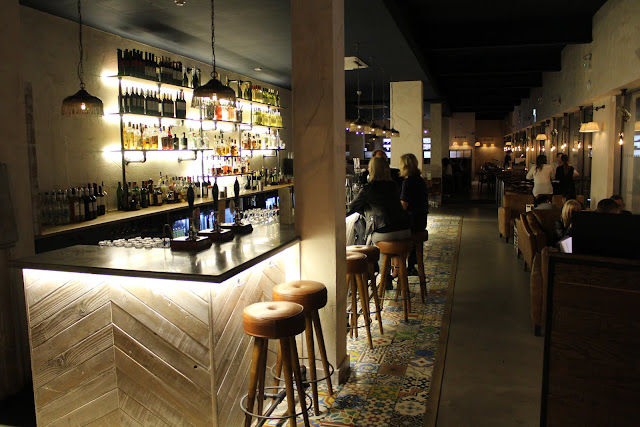 What do you all think, do you like the idea of a bar restaurant based around a social eating and drinking venue and which of these dishes would you like to sample? As always, I cannot wait to hear your thoughts and thank you so much for reading this post.